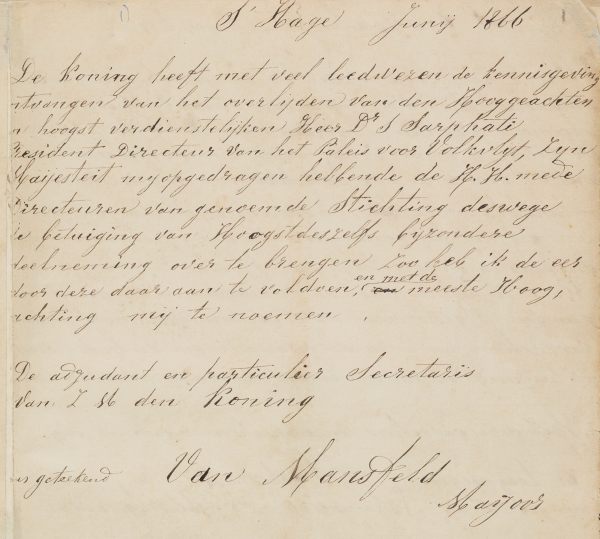 Copies of letters received after the death of Dr. Samuel Sarphati, June 1866