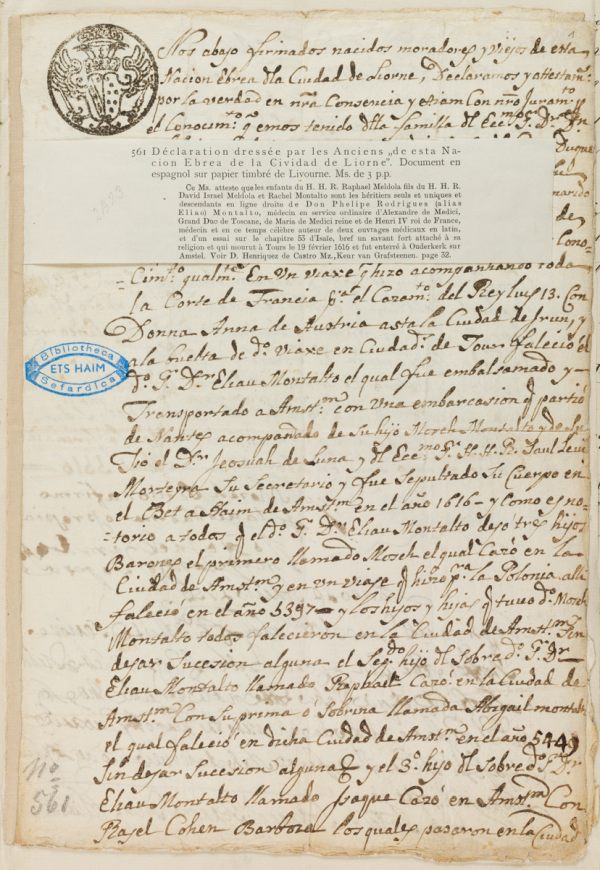 [p. 1-5] I: Declaration by the Elders of the Sephardic congregation of Livorno concerning the rights of inheritance of Elião Montalto’s estate in favour of the descendants of Raphael Meldola of Amsterdam. Signed Livorno, January 12th 1756 by Salamone Aghib, Jacob Bassano and Joseph Rephael Soares. The first leaf bears the seal of the city of Livorno. Text in Spanish and some Italian.

[p. 25-29] IV: Dutch translation of an Italian decree of Silvester Valerio, Doge of Venice of January 30th, 1699 prolonging the settlement of Jews in the city for ten years.