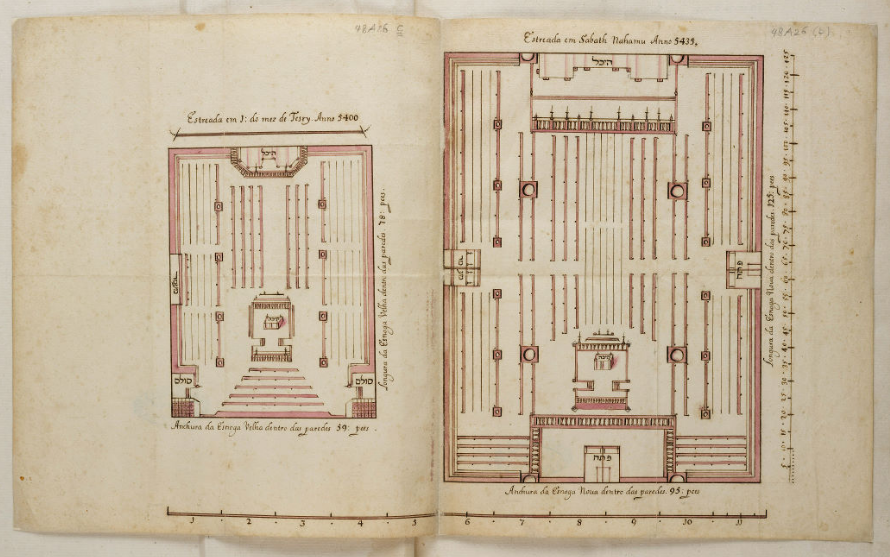 Book containing the regulations as they were stipulated by the Kahal Kadosh of the Talmud Tora congregation in Amsterdam. The community was founded in 1639, when the three communities of  Bet Jacob, Neve Shalom and Bet Israel were combined in a united Spanish-Portuguese Kehille, that moved to the synagogue at the Houtgracht (today’s Waterloo square).

The book not only contains the stipulations of this new congregation, it served as a notebook in general. In it the Gabay (treasurer) kept track of donations, in especially long lists when it concerned the building of the new synagogue, for it did not take long before the community outgrew its modest housing. Other plans had to be made, and in the winter of 1670 the Sephardic community bought the grounds where the Esnoga stands today.