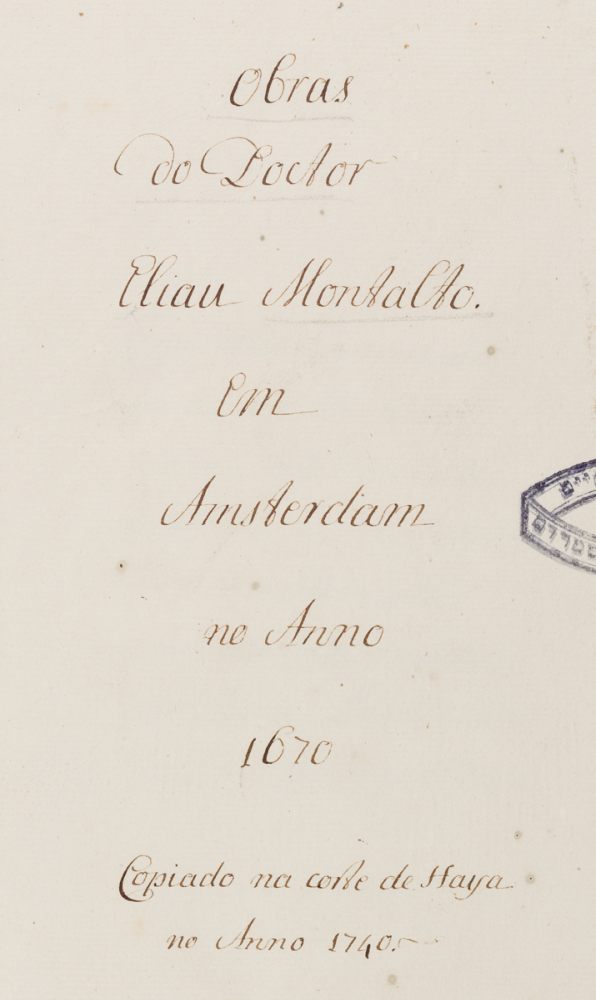 
Polemical works of Eliah Montalto, copied in The Hague, 1740.

The same laudatory poem at the beginning of the manuscript can be found in EH 48 B 3 and a copy from the Bibliotheca Rosenthaliana. Another copy of “Tratado do Doctor Montalto…” reposes in this collection: EH 48 D 27.

In the introduction of the treatise about Isaiah 53, Montalto explains the origins of the work. In Venice, a Dominican friar met a nobleman who told him that Montalto would be able to refute all his arguments on the Holy Scriptures. So, the friar came to meet Montalto and presented before him the 53rd chapter of Isaiah as an irrefutable evidence that Jesus was the Messiah. He did not want to hear Montalto’s answer and asked him to give his response in writing. The result was this treatise.

In fact, according to Adam Sutcliffe, this polemical work by Montalto was probably written in Venice in the first years of the seventeenth century. The author argues against numerous tenets of Christian belief and ridicules various contradictions and inconsistencies in the gospels.

Presented to Ets Haim library by J. Teixeira d’Andrade in 1886.