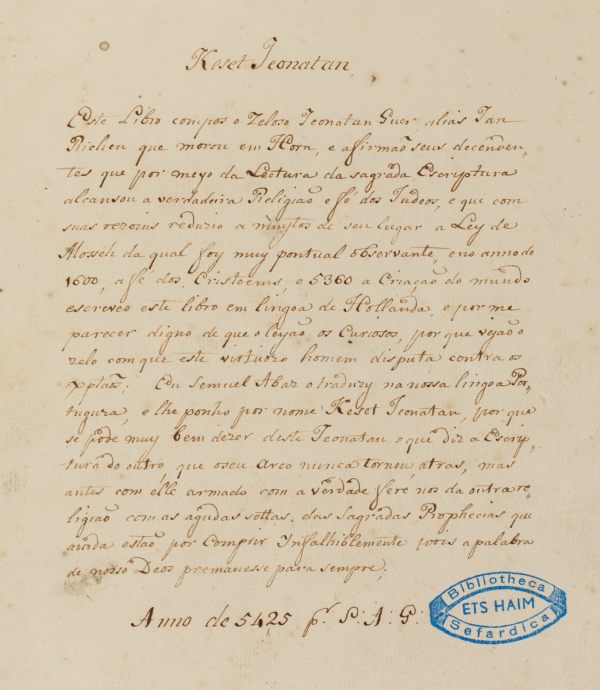 p. 5-160: Dutch treatise to prove from Scripture that Israel was chosen among the nations, written by an anonymous author.

III: p. I: Title: Discurso Contra los deffençores da / La Trinidad. Polemical treatise against the Trinity writen by Judah Carmy and translated from the Italian into Spanish by his disciple Samuel Abaz.

p. 36-59: Addendum in Portuguese: Contra a Trinidade (Against the Trinity).

p. 59-65: Summary in Spanish: En trez puntos consiste la fee de la Trinidad, que los adversarios pretenden sustentar (The faith of the Trinity is based on three arguments, which are supported by the adversaries).

IV: p. 1-82: Collection of 200 contradictions which occur in the New Testament. Text in French.

VI: p. 1-11: Anonymous letter to the Parnassim and Gabay of the Sephardic congregation of Naarden concerning a conflict between the Hazzan and three Parnassim. Text in Spanish.